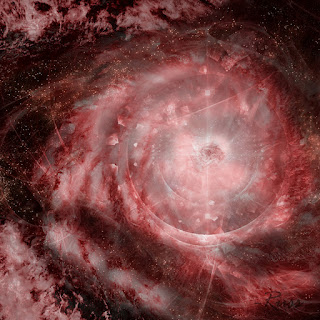 I finished up my third piece for the Lyrical Visions series, where I create a piece of art based on a local DC/MD/VA musicians song. This piece is inspired by Mariner Project's song "Red" which will be released soon.

Mariner Project is experimental electronic music performed by the duo of Evan Ignatz on keyboards and Mark Pry on drums. I love how their music flows through you and takes you on a journey.