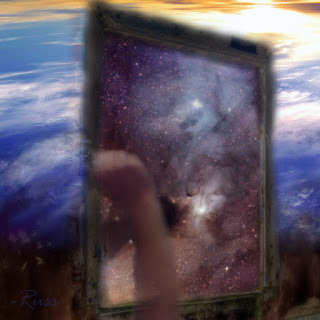 Good things come to those who wait! Man, I have been working on this piece since August, and I finally finished it. Whew, I impressed myself! I must give credit to two people for this piece though.

First is Sam Cooper for allowing me to create my vision of the song "Medicine" by his band Sam Cooper and the Sleepwalkers. This is the Fifth piece in the Lyrical Visions album artwork series, where I create a piece of work based off of a local DC/MD/VA musician or bands song they send to me.

I was captivated by the band's music, that my friend Michael Avolio turned me onto, so much so that I reached out to them and asked if they would like to participate in my little project.

Like the other musicians I worked with, they choose the song for me to interpret. And I was thoroughly impressed with the song, that I had multiple ideas going through my head in warp drive!

Which brings me to giving credit to another for this. My muse, Melissa de la Rosa helped me narrow down my ideas to something very similar to what the finished piece looks like. She also helped me look through the plethora of pictures in my database to find just the right image to use as a focal point. (I don't know what I would do without her!)

This song has a sway and swagger to it, that just resonates imagery. Take a listen for yourself, and purchase their EP New Typewriter Moon which contains the song "Medicine."
Posted by Russ McIntosh at 1:42 AM