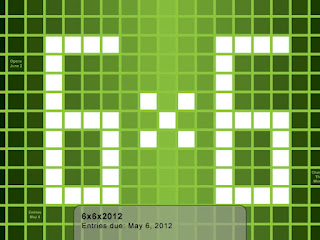 Rochester's international small art phenomenon returns with thousands of original artworks, made and donated by celebrities, international & local artists, designers, college students, youths, and YOU. Each artwork must be 6x6 square inches (or mounted to a 6x6 board) and signed only on the back, to be exhibited anonymously. All entries will be accepted, exhibited and will be for sale to the public for $20 each (in the gallery and online for global purchasing) to benefit RoCo. Artist names will be revealed to the buyer upon purchase and all artworks remain on display through July 15th. Sold Out artists' names will be revealed next to their work on July 6. Anyone may enter up to 10 artworks of any medium and there is no fee to enter the exhibition.

Email ThisBlogThis!Share to TwitterShare to FacebookShare to Pinterest
Labels: CFA